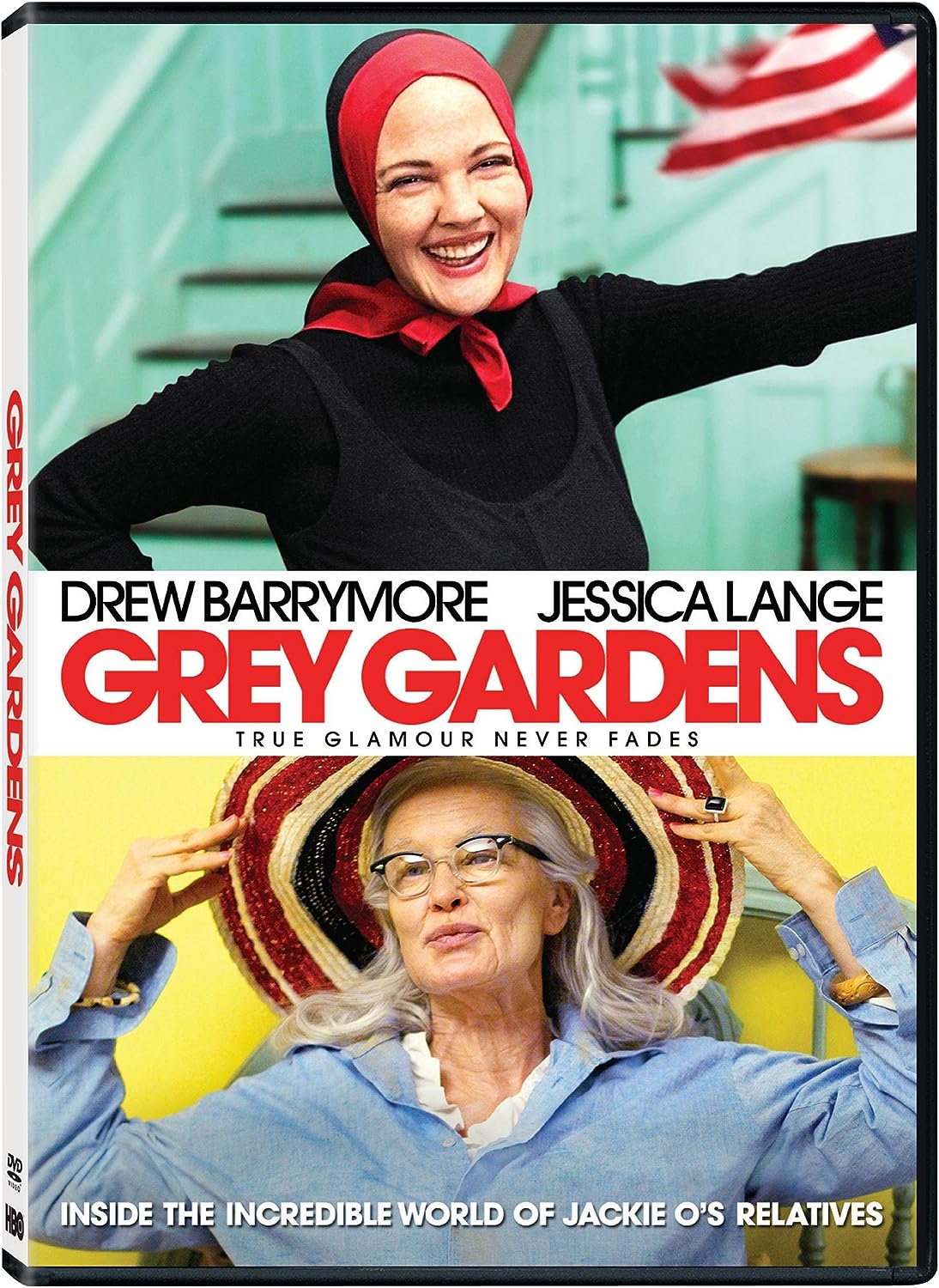 It’s hard to imagine a feature film that could improve upon the classic 1975 Hamptons-gothic documentary Grey Gardens, co-directed by Albert and David Maysles. Yet this Grey Gardens, directed by Michael Sucsy for HBO Films, captures not only the pathos and peculiarity of Edith Beale, mère et fille–aristocrats who were aunt and cousin to former first lady Jacqueline Bouvier Kennedy–but it provides something deeper and richer: the background story of the glamorous Beale ladies, and a glimpse at how they slid from gay 1930s high society to sharing rotting living quarters with litters of cats and raccoons.Drew Barrymore, the Grey Gardens standout, rises to the particular challenge of playing “Little Edie” Beale, whose accent, carriage, and mannerisms have developed their own camp following over the years. Barrymore’s performance is a revelation: she captures the weirdness of Edie, but she knows what the documentary fans know–the reality of what Edie once had been, and what she was becoming. Barrymore’s performance is delicate and strong, with a hint of sadness underneath the fading ingénue’s brave face. Jessica Lange plays “Big Edie,” the mother who made more concrete choices to wall herself off from the outside world. Lange is excellent, though Big Edie is a less nuanced character than her daughter, and she seems more content with her lot, perched in her teeming twin bed surrounded by mounds of cats and trash. The filmmakers pay deep homage to the documentary, and carefully recreate the third lead character of the drama–the East Hampton, N.Y., mansion Grey Gardens itself. The making-of featurette is a must-have for fans of either film, as the filmmakers and actors talk about how they built a three-story facsimile of the home near Toronto (which also stands in for the Manhattan scenes). Also fascinating is the story of how certain beloved sets from the documentary were painstakingly re-created, including the Beales’ yellow bedroom, the entryway that played stage to the dancing aspirations of Little Edie, and the crumbling porch and yard where Edie would pose and prance, decked out in tights, shorts, a pinned-up skirt, and her signature sweater-snood, fastened with a brooch just so. “Well, Mother and I are very entertaining, that’s true,” says Little Edie, when the Maysles first approach her about cooperating in their documentary. And, happily, viewers of HBO’s Grey Gardens could not agree more. –A.T. Hurley
Stills from Grey Gardens (click for larger image)

No comments to show.

You may have missed