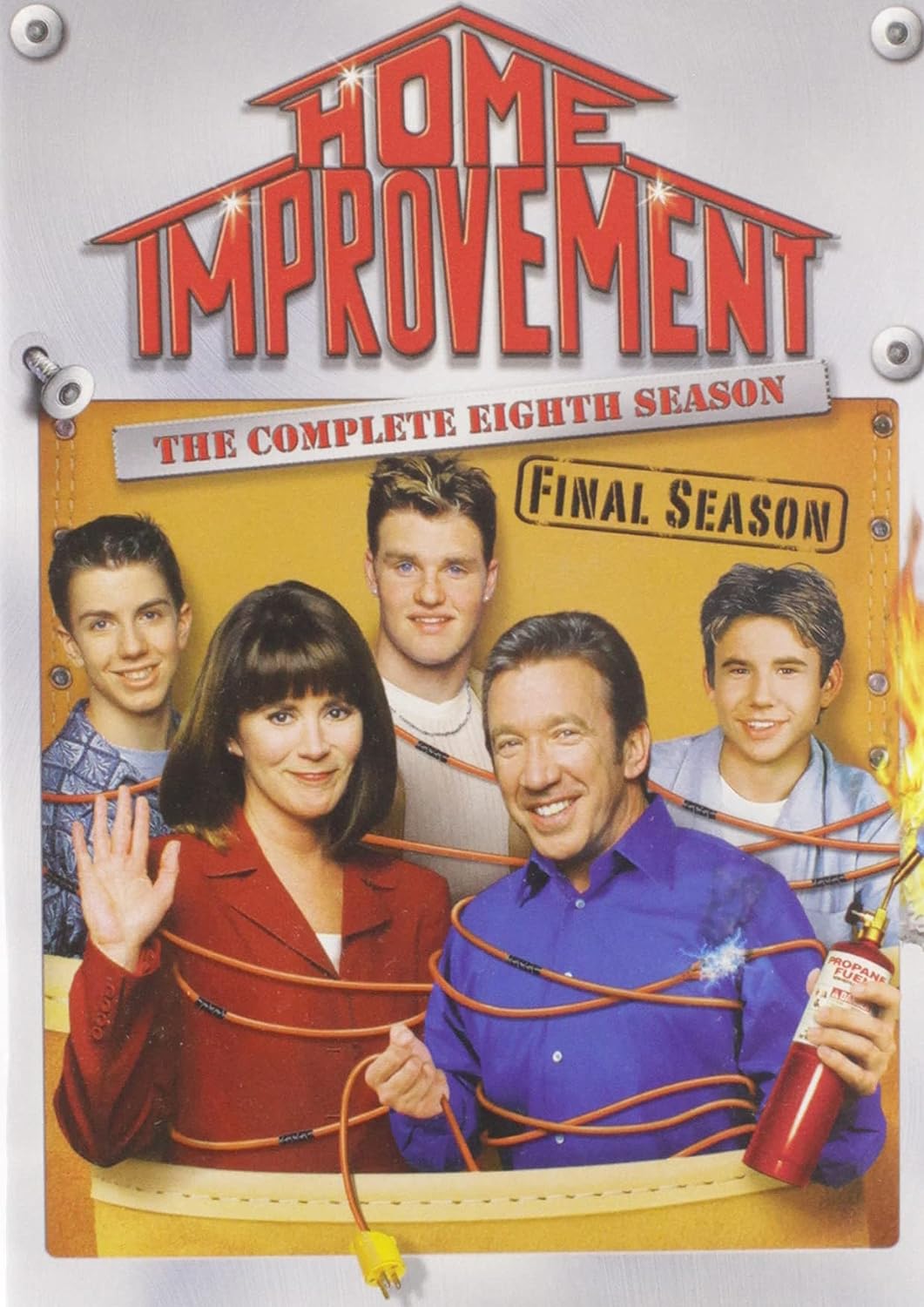 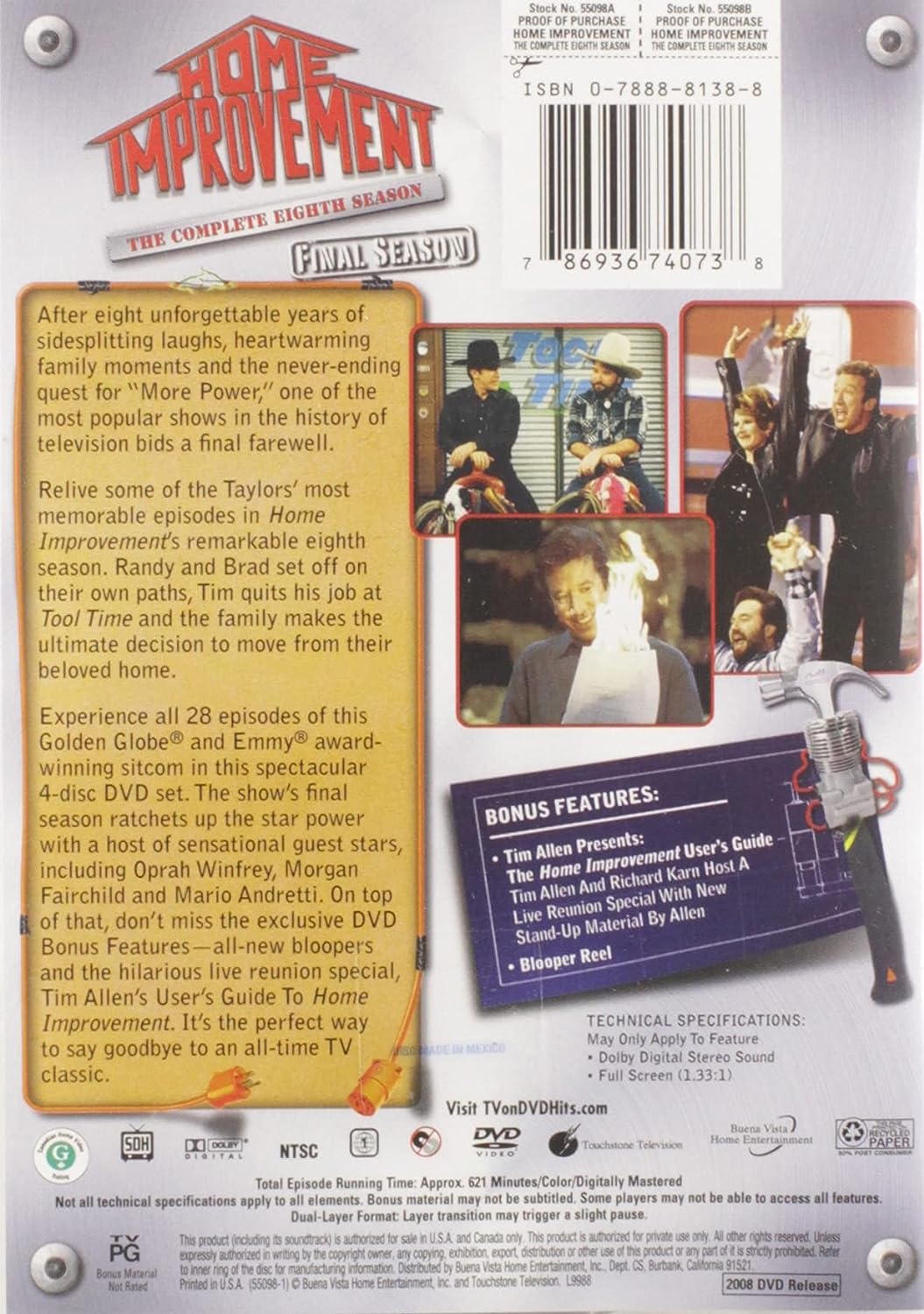 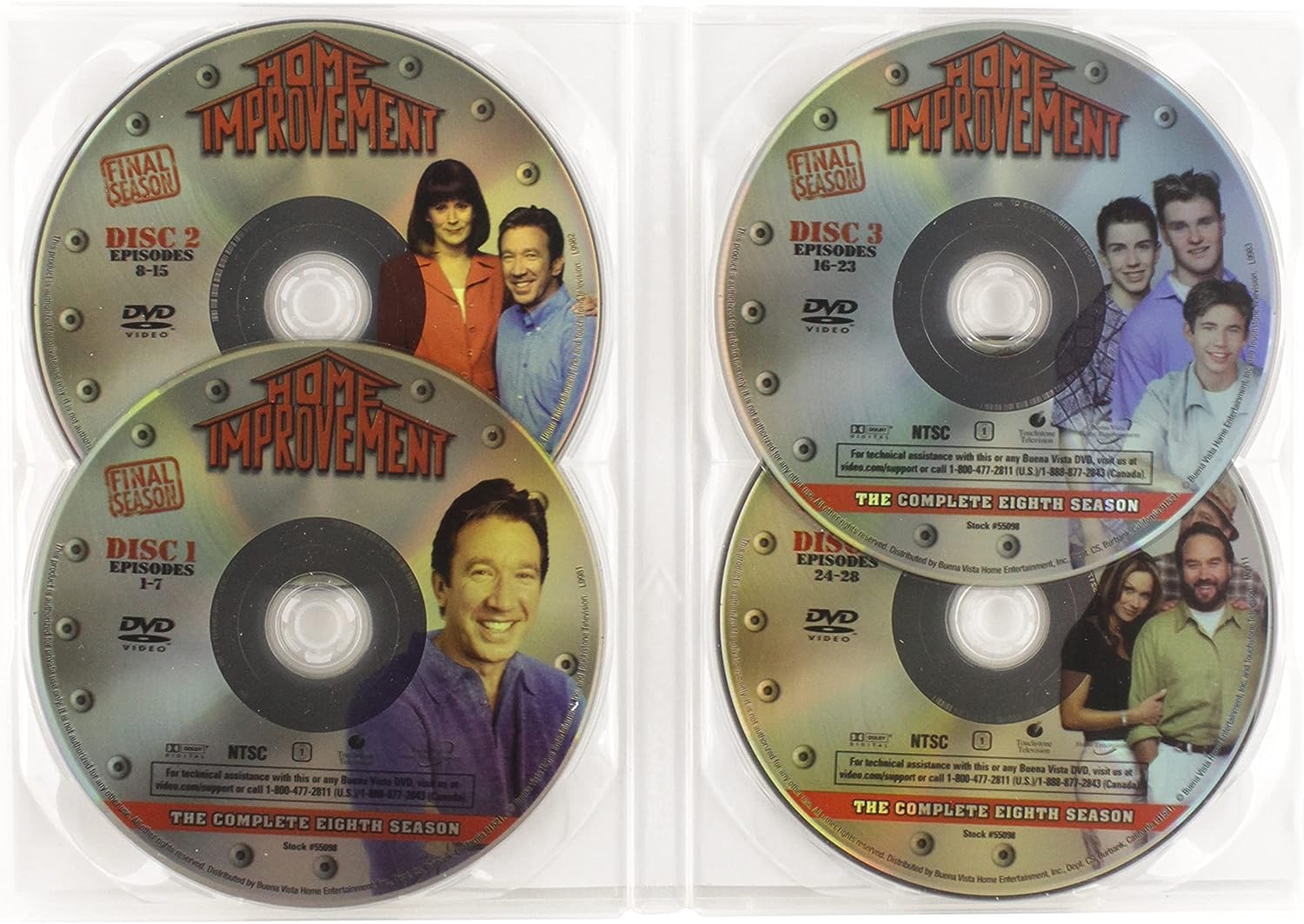 In its eighth and final season, classic sitcom Home Improvement holds up pretty well. Sure, plenty of recurring bits have gone stale–one imagines that star Tim Allen is looking forward to the day when he’ll never have to grunt again, and hiding the face of neighbor Wilson (Earl Hindman) seems more like an obligatory chore than an entertaining game–but when the show focuses on the sitcom bedrock of marriage and family, it’s not only still funny but sometimes even moving. The centerpiece of the whole season is a two-part episode that starts with an abundance of jokes about Tim’s discomfort with female biology–then takes a jolting turn with the revelation that Jill (Patricia Richardson) has to get a hysterectomy. What follows is both comic and refreshingly honest as it captures Jill’s anger and frustration, as well as a quietly touching portrait of how spouses support each other in times of trouble. Polly Holiday (Flo on Alice) boosts this episode with a strong appearance as Jill’s mother. The rest of the season goes up and down, suffering from some pointless celebrity appearances (Morgan Fairchild, Jay Leno, Oprah Winfrey, magicians Penn & Teller) and stunt-casting (Playboy playmate Jenny McCarthy as a mechanic Tim flirts with), and the departure of Jonathan Taylor Thomas (whose teen heartthrob career never quite launched) throws off the long-established family dynamic. But even otherwise rote episodes have satisfyingly funny moments (in a Halloween episode, there’s a nice bit of slapstick when Tim, dressed as a flying monkey from The Wizard of Oz, can’t get his wings through a doorway). The comfortable interplay among the seasoned cast ensures that longtime fans will find much to enjoy. The extras include some brief interviews, a blooper reel, and a retrospective special. –Bret Fetzer

No comments to show.

You may have missed